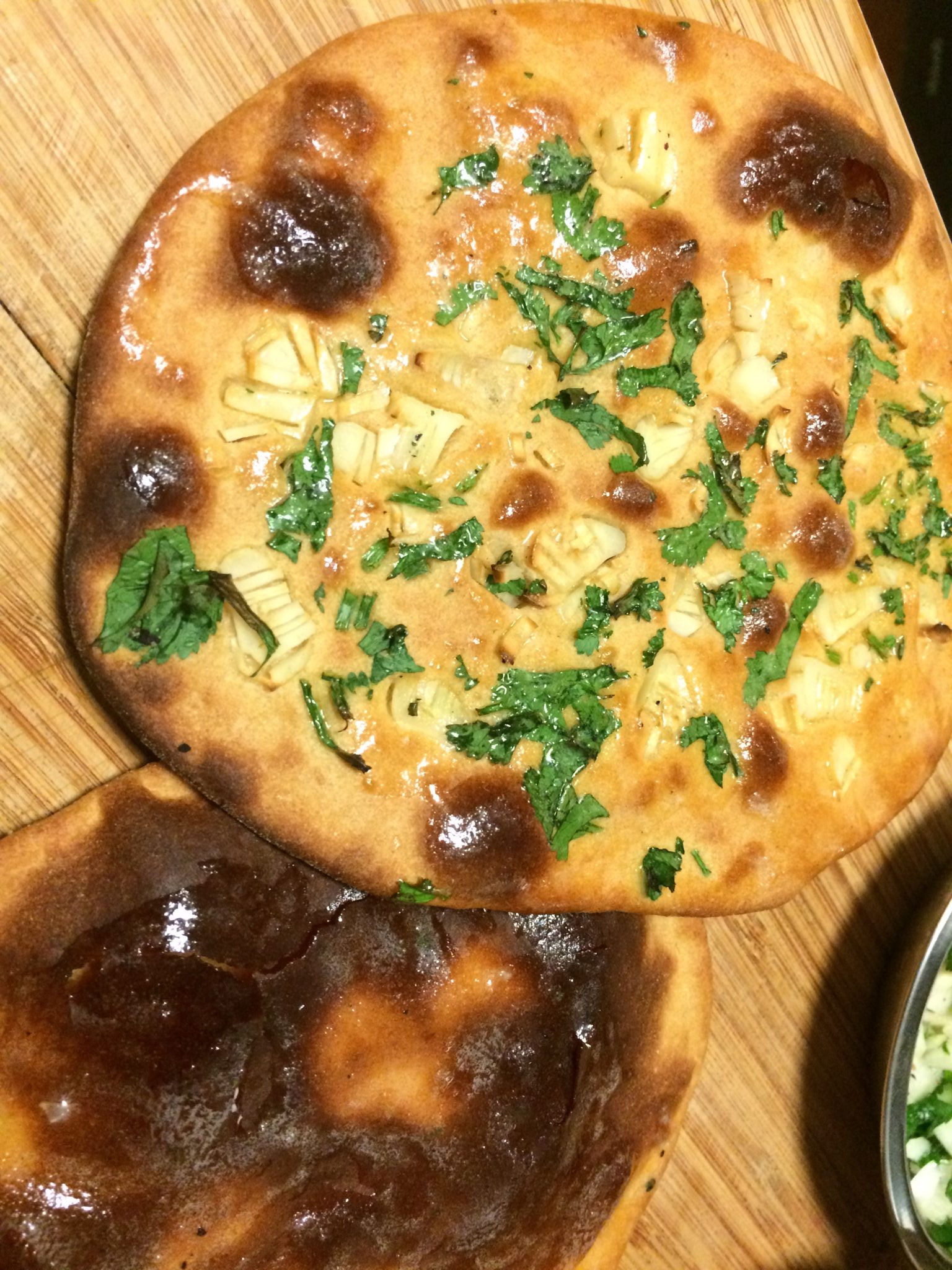 Making a naan at home was always on my wish list, but somehow I did not get the chance to make it. The school term breaks have started in Sydney. My son -Aarav is at home now. He has developed an interest in cooking. Every day he wants to try out new dishes. So this time he wanted me to make naan. He wanted to help me in making it. So here we go..

I try to avoid using refined flour wherever possible. Mostly I try out dishes with whole wheat flour instead of refined flour. Usually, in the restaurants, we find naan made from refined flour. They are very tasty but less healthy. I always think if we are making at home then why not use the ingredients which are good for our body.

I have used whole wheat flour for the recipe. I have tried to make them both in oven and cooktop. The results were good in both. The naan came out super soft and since they were made from whole wheat flour, they remained soft even if they were eaten cold.  This recipe shows plain naan, garlic naan, and garlic chutney naan. This naan is very easy to make. I have not used any tandoor in making it. When you invite guests for dinner, just keep other dishes ready and delight them by making the homemade fresh naan.

I have served this naan with dal fry and some chopped onions. It goes well with any thick curry or dal or chole or even plain curd.

Aarav helped me a lot and he had fun in measuring all the ingredients and mixing and kneading the dough. Do try making with your kids and let them experience the joy of cooking.

Note: I have used 100% whole wheat flour. You can use entire refined flour or 50:50 ratio of whole wheat flour to refined flour. Kneading the dough is very important. Knead it more to get soft naan.  You can use a tbsp of more milk if you require while kneading the dough. Do not shape into balls after the fermentation of dough like making a ball for normal roti. Flatten it and roll it inside from the edges as shown to make a ball for making naan. Make sure to bang the ball. You can try making naan with different toppings and different flavors.