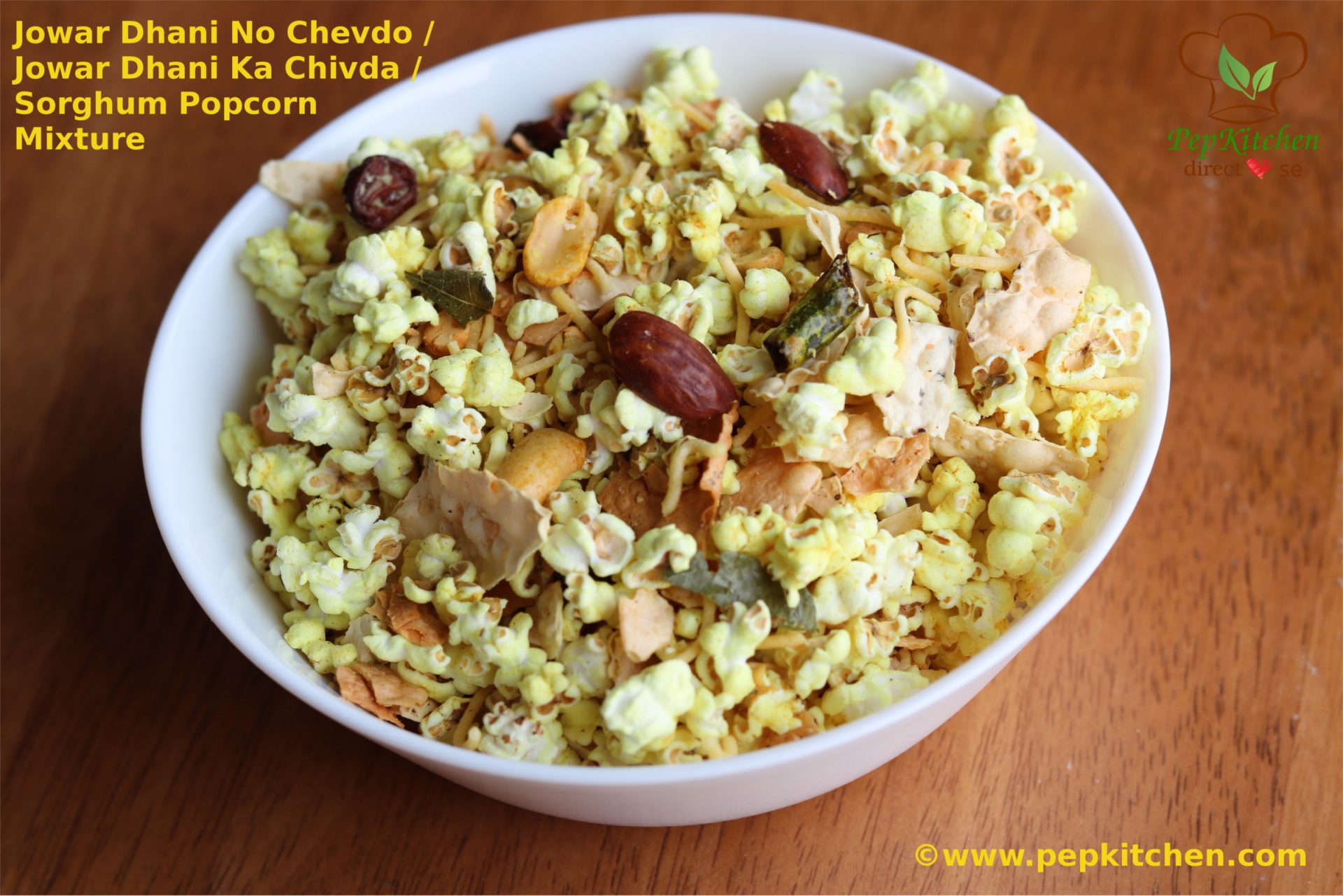 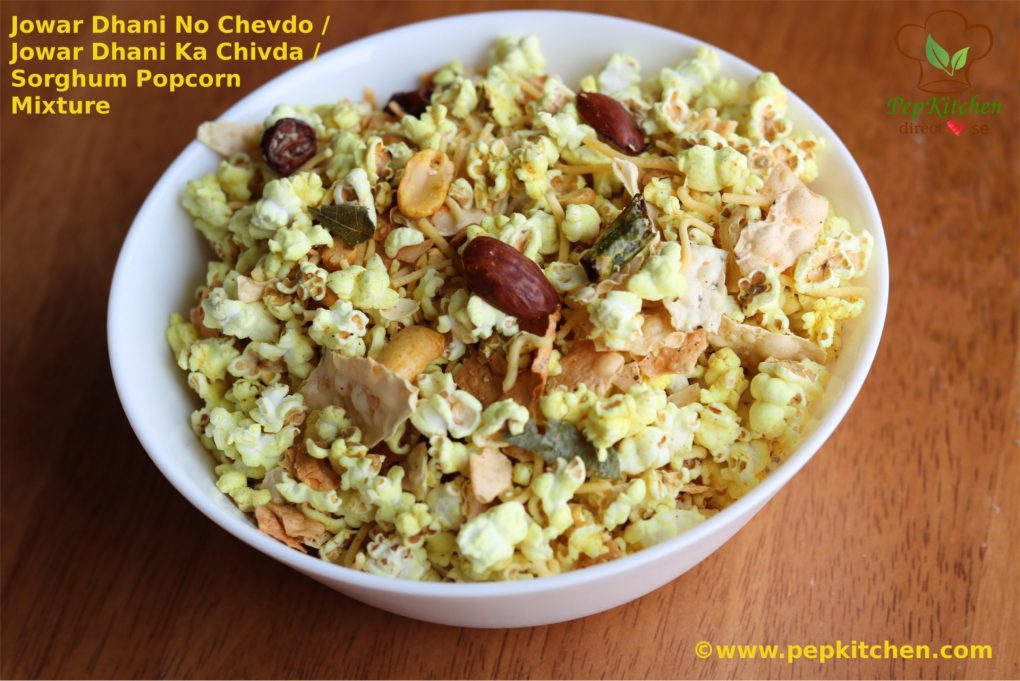 Jowar Dhani No Chevdo / Jowar Dhani Ka Chivda / Sorghum Popcorn Mixture is a gluten free and vegan crunchy snack which is low in calorie and made by roasting sorghum popcorn (dhani) along with chana dal, peanuts, almonds , raisins. The chevdo /mixture can be enjoyed as a after noon snack with a cup of hot masala tea or coffee. It is popular snack made in Gujarat during festival of Holi and is enjoyed by adults and kids.

Jowar Dhani (sorghum popcorn) is popped from sorghum kernels. Unlike the big size popcorn that we get from corn kernels the jowar dhani is small in size and when I was young I use to call it “mini popcorn”. Jowar Dhani is available in India in mid March or start of April around the festival of Holi. It marks the arrival of Spring season in India. Jowar Dhani is offered along with dates, raw mango, coconut , patasha (sugar balls)  to the Holi fire while circling around it.

In Bharuch, (Gujarat, India), the place from where I come,the dhani vendor would come with his cart loaded with hot sand, a big pan and sieve. He would pop the jowar dhani on the hot sand which is placed in the big pan and then he would sift the dhani through the sieve so that the sand will be filtered. The ladies of the society would gather and wait till the dhani is popped. It was so fun to see the dhani popping out from the hot sand. Along with dhani, the vendor would also roast the chickpeas ,peanuts, potato crackers, sago crackers. That would be the afternoon treat for the children.

I love to add peanuts, almonds, raisins , roasted chana dal to the dhani. However, you can skip adding them and roast dhani plain. Some people also add dates to the dhani chevdo. I sometimes also add puffed rice and roasted thin poha to the dhani chevdo. In place of papad you can also add the potato crakers, rice flour papad , or sago crackers as per your choice. When I make dhani with puff rice, peanuts, almonds, raisins, roasted chana dal, roasted thin poha, sev, I add some chole masala to this mixture and it gives a wonderful aroma and taste like a store brought mixture.

So friends I hope you like the recipe of dhani chevdo. Do try the recipe and do share your feed back and any new variations with me. 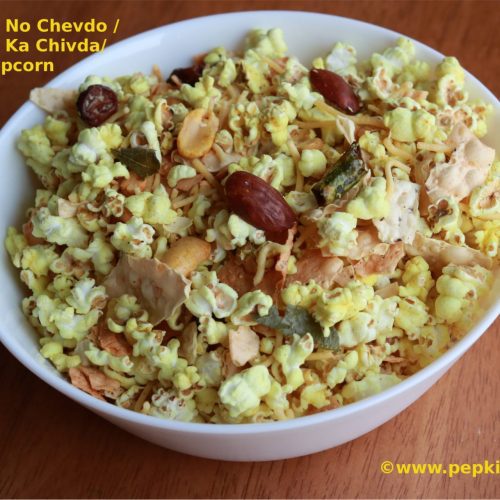