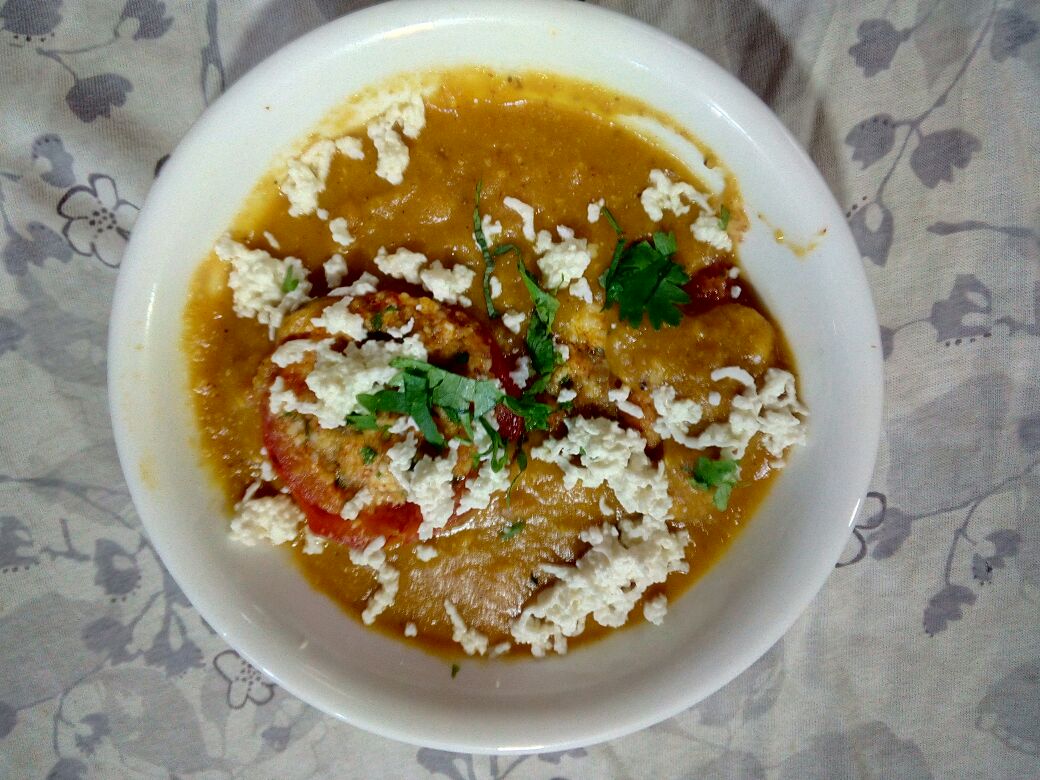 A north Indian style subzi made with paneer and tomatoes. In this recipe, the tomatoes are cut into half and the flesh is scooped. It is then stuffed with grated paneer mixture. The stuffed tomatoes are roasted on tava or pan or tandoor till they turn soft. They are then served with the tomato based spicy gravy.  This dish is thus different from the regular Punjabi curries or gravies. The stuffed roasted tomatoes can also be served as appetizers or snacks in the party.