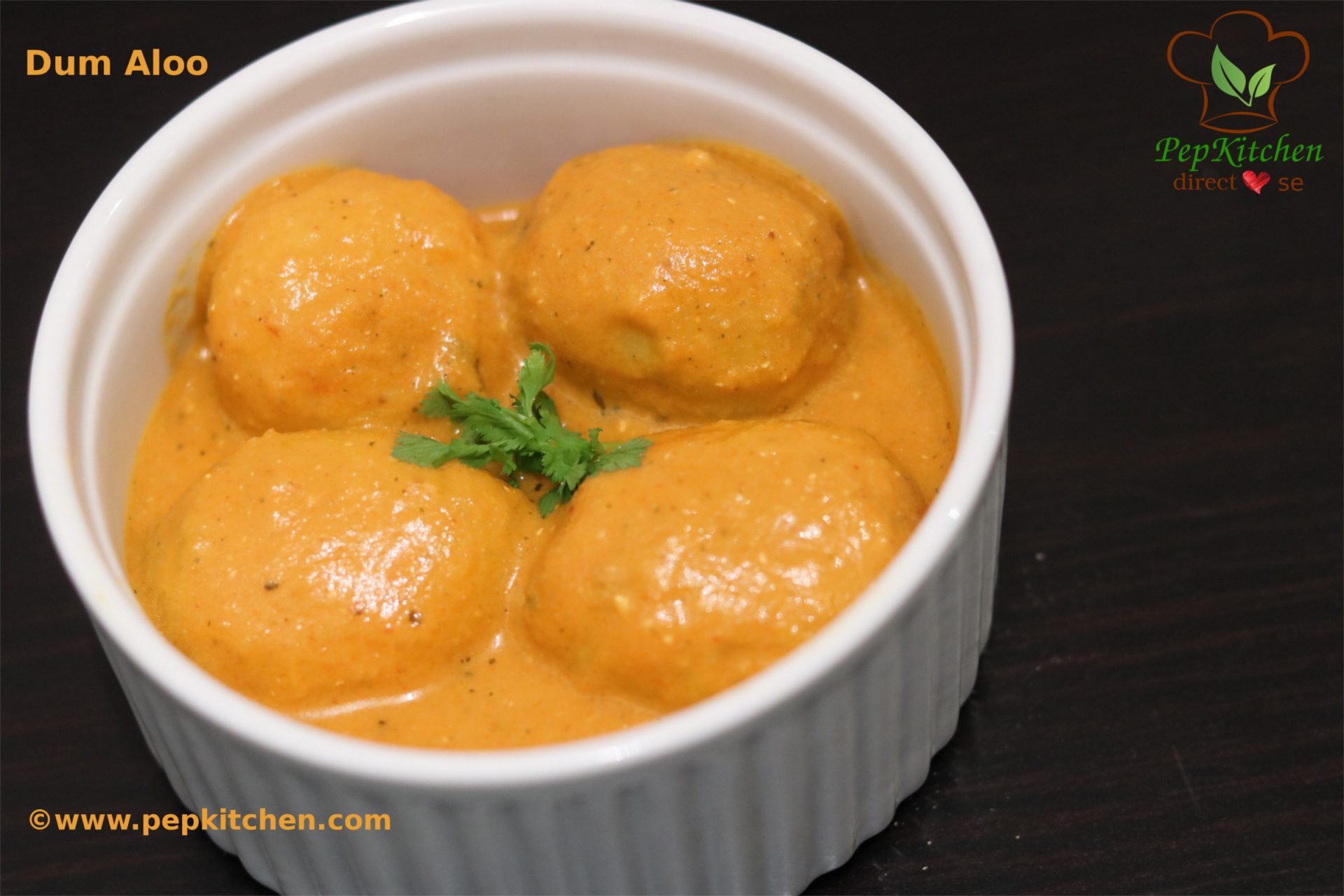 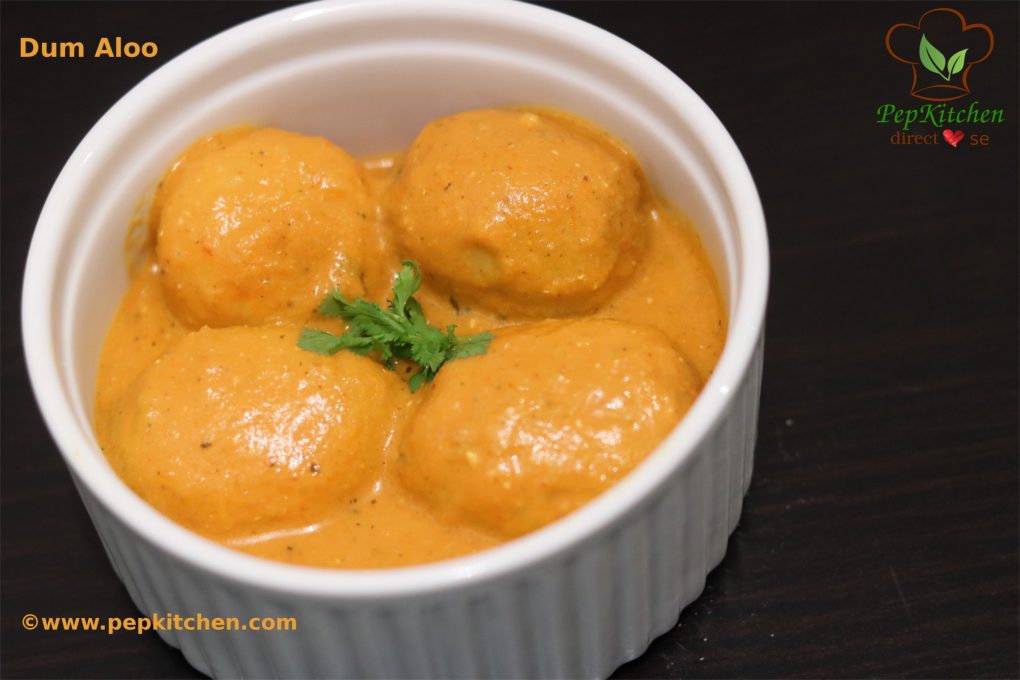 Dum Aloo is a very popular traditional dish from the state of Kashmir. It is popular throughout India and is found on the menu card of many restaurants. It is made from small baby potatoes that are cooked an deep fried. These fried potatoes are them cooked in the tomato, onion based gravy on low heat till the flavors of the spices are absorbed in the potatoes. It is served with roti, rice, paratha, naan, kulcha or puri.

Always try to use small baby potatoes. However, if you do not have the baby potatoes you can cook and cut the big potato into four parts. I have used some big potatoes too as I was short of the baby potatoes. The potatoes need to be cooked first. You can either cook them in the boiling water in a big pot for 15 minutes or cook them in a pressure cooker. I have cooked them using a pressure cooker. In both the case, take care not to overcook the potato. They should be firm. Once cooled remove the skin of the potatoes and prick them with a fork all over. This helps them to absorb the flavor while frying and cooking in the gravy.

Cashew nuts increase the richness of the gravy. The texture of the gravy becomes silkier and smoother. Fennel seeds impart a very unique taste to the dish. The use of Kashmiri red chili powder gives bright red color to the dish without making it too hot. Always use fresh yogurt. It should not be sour. You can also add cream to the gravy for extra richness.

Traditionally mustard oil is used to cook Dum Aloo. I have used the regular cooking oil.

Enjoy making this lip-smacking dish and please share your reviews and comments!

Dum Aloo is the potato-based dish. The baby potatoes are fried and cooked on a low heat in the onion, tomato and cashew nut based gravy along with spices. It is a popular dish from Kashmir in North India. It is enjoyed hot with roti, rice, puri, paratha, naan or kulcha.
Course dinner, Main Dish
Cuisine Indian
Prep Time 25 minutes
Cook Time 40 minutes
Total Time 1 hour 5 minutes
Servings 8 people
Calories 527kcal